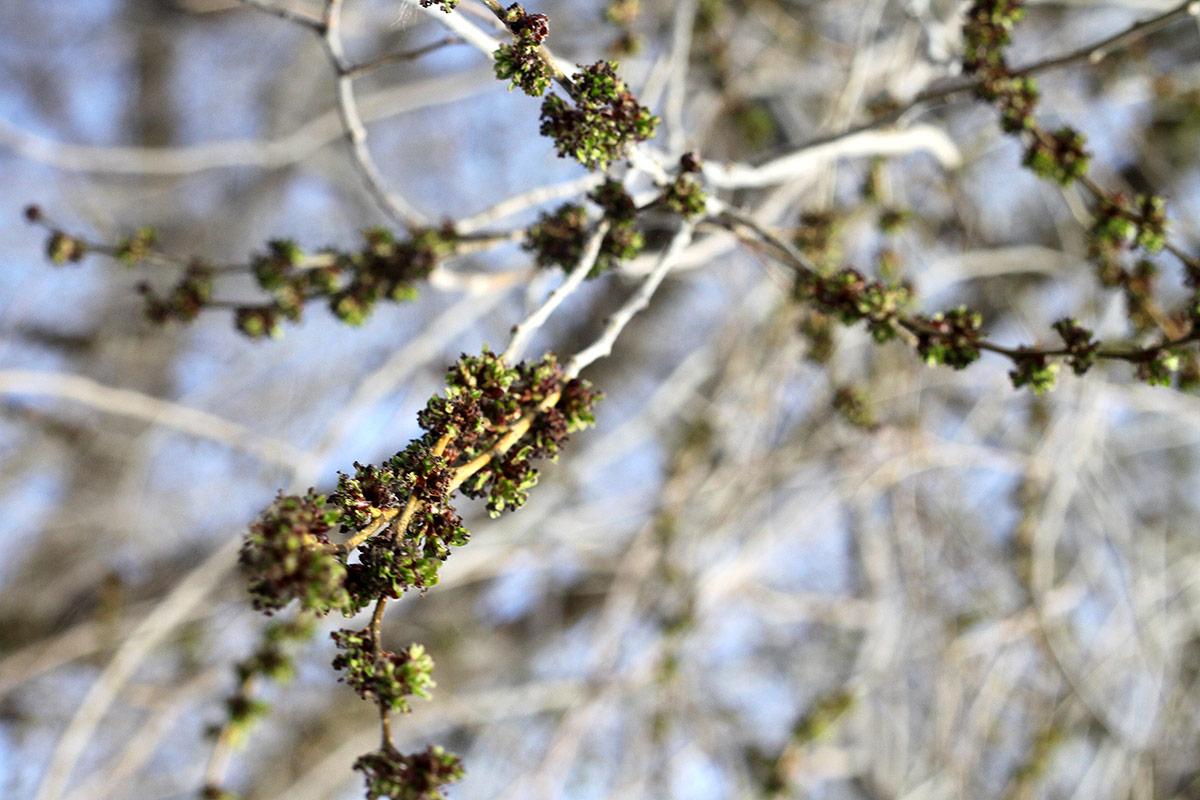 If you are reading this in Grand Junction, Montrose, or Delta, then you are likely near many elm trees. 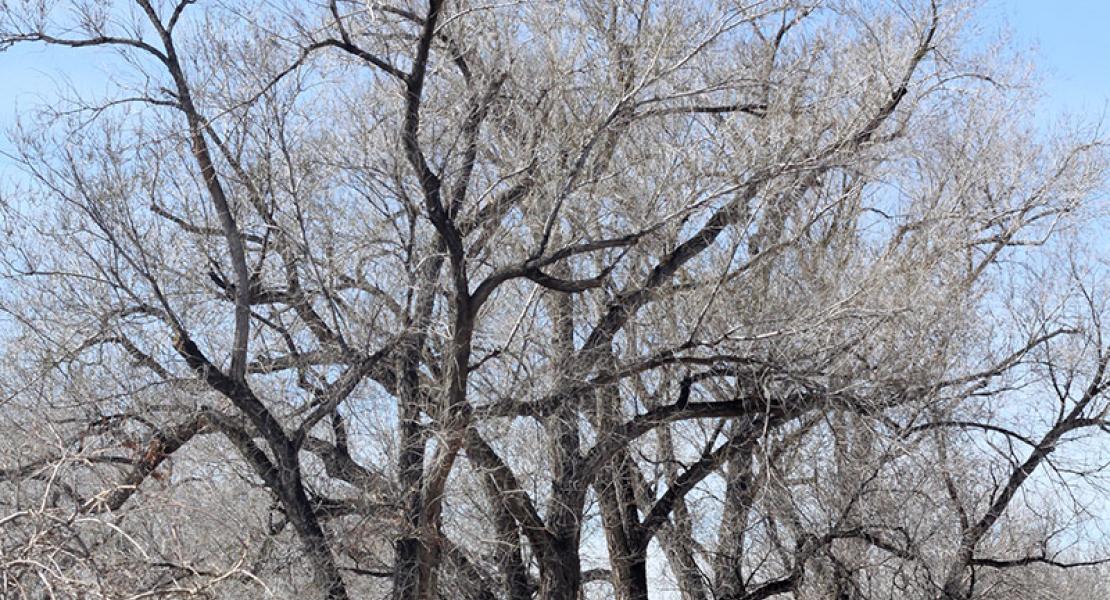 Elm trees love Western Colorado, but residents of Western Colorado don’t necessarily love this invasive species, which is known for surviving and even thriving in harsh desert climates. Elm is the type of tree that you chop down, paint the stump, and they still grow back. It’s difficult to find a vacant lot, alleyway or irrigated plot that isn’t sprouting several Siberian Elms. 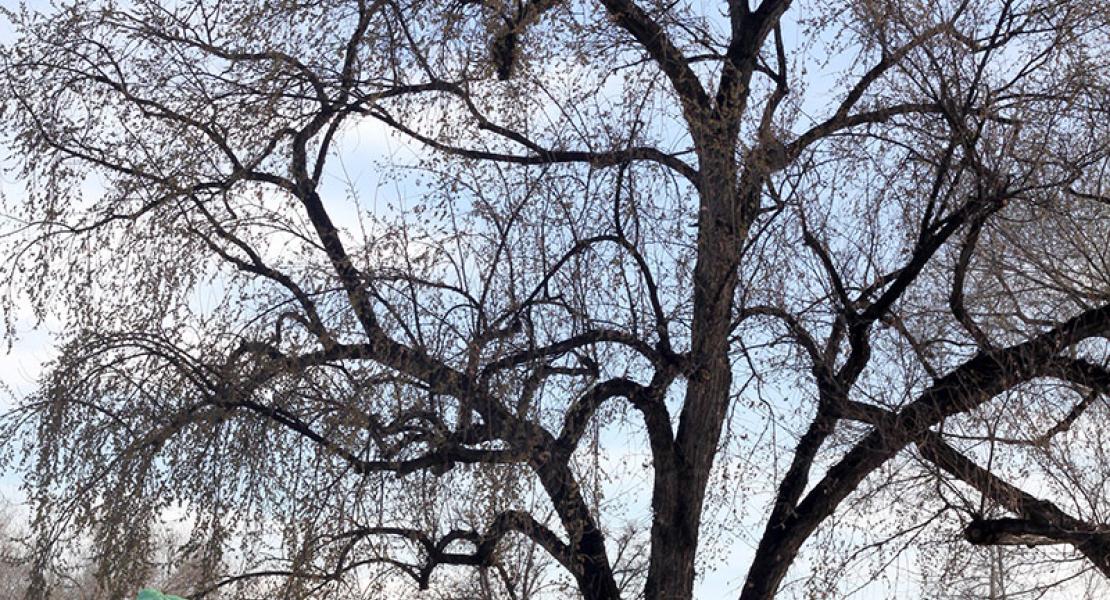 These intrepid deciduous trees are the first major pollen producers each year to unleash their aeroallergens in Western Colorado. During most years the snow is still melting in shady lawns when Elm pollen starts to fly, generally by early to mid February. The windy Spring of Western Colorado is highly effective at spreading this pollen for hundreds of miles and levels quickly climb to high concentrations by late February or early March.

Elm is one of the most common aeroallergens to trigger symptoms among allergy sufferers in Western Colorado and it holds a special spot as one of our "Top 3 Tree Pollens," sharing company with Juniper and Cottonwood. If you’re Elm allergic, avoidance is challenging.

For those who rely on medications to control allergy symptoms, Elm allergic individuals will want to start their medications the first week of February. 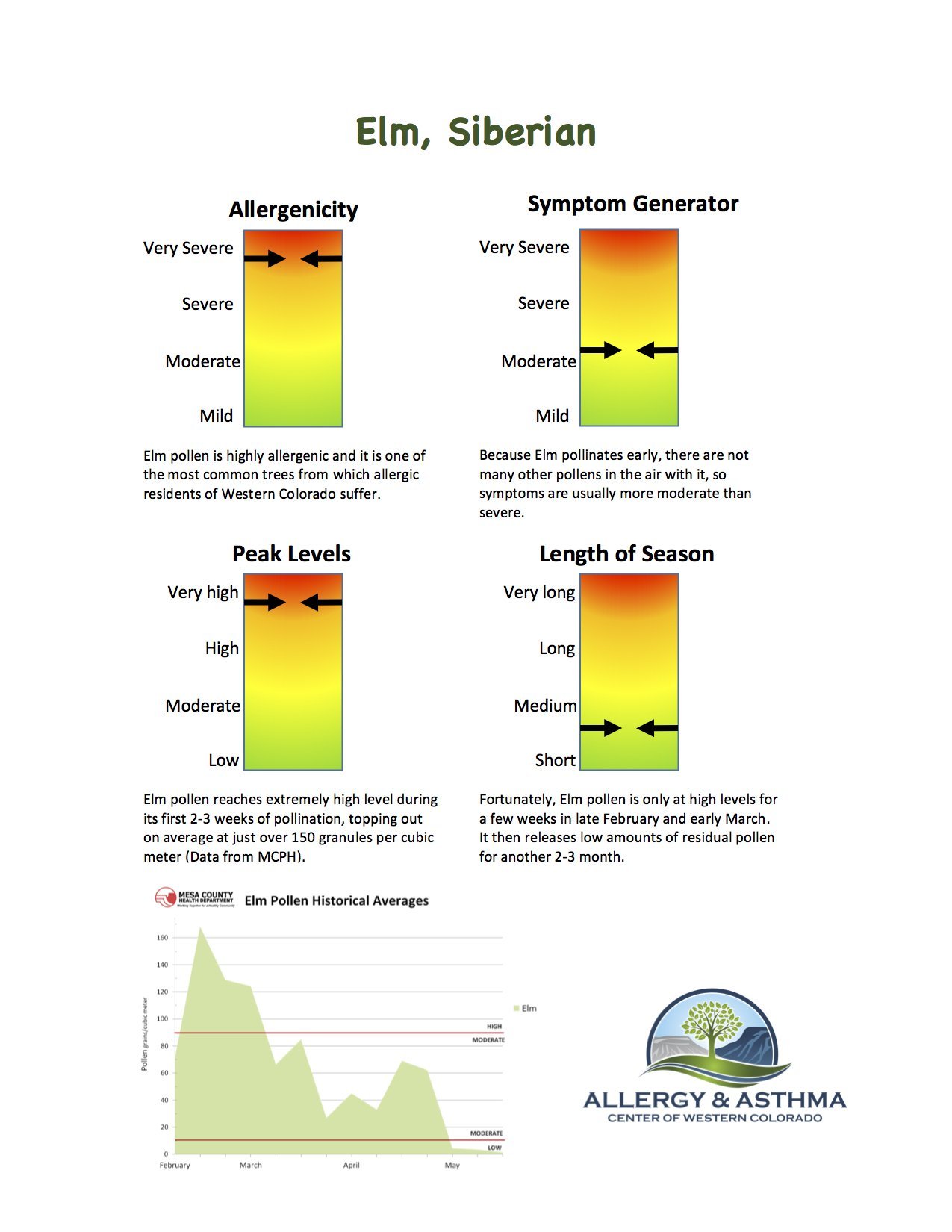